From parents and doctors to teachers and community leaders — everyone who plays a role in the life of a teenager can make a difference in preventing underage drinking. The Talk It Out Campaign was proud to have brought stakeholders and experts together in its first-ever conference, “Start the Conversation: Adolescents, Families & Substance Use/Abuse.”

The free event connected parents with Talk It Out Ambassadors from around the state of North Carolina, along with prevention specialists, medical experts, faith leaders, and others to raise awareness about the dangers of underage drinking. Chairman Zander Guy of the NC ABC Commission was also able to thank the participants and stress the importance of collaboration. The event at the McKimmon Center on the campus of NC State University was covered extensively by local media, including Raleigh stations WRAL-TV and ABC 11 News.

Dr. Fulton Crews’ presentation, “Alcohol Use on the Adolescent Developing Brain,” discussed the unique response adolescent brains have to alcohol and the effects of binge drinking. Alcohol use in teens affects the part of the brain which is responsible for self-control and decision-making. Underage drinking also may lead to lasting changes in young brains.

Dr. Crews serves as the John Andrews Distinguished Professor and Director of the Bowles Center for Alcohol Studies at the University of North Carolina at Chapel Hill. He is among the leading neuroscientists investigating the effects of alcohol on teenage brains and the risk for future alcoholism. He was instrumental in developing and working with colleagues across the country to create and lead a consortium for the initiative “Neurobiology of Adolescent Drinking in Adulthood” (NADIA). 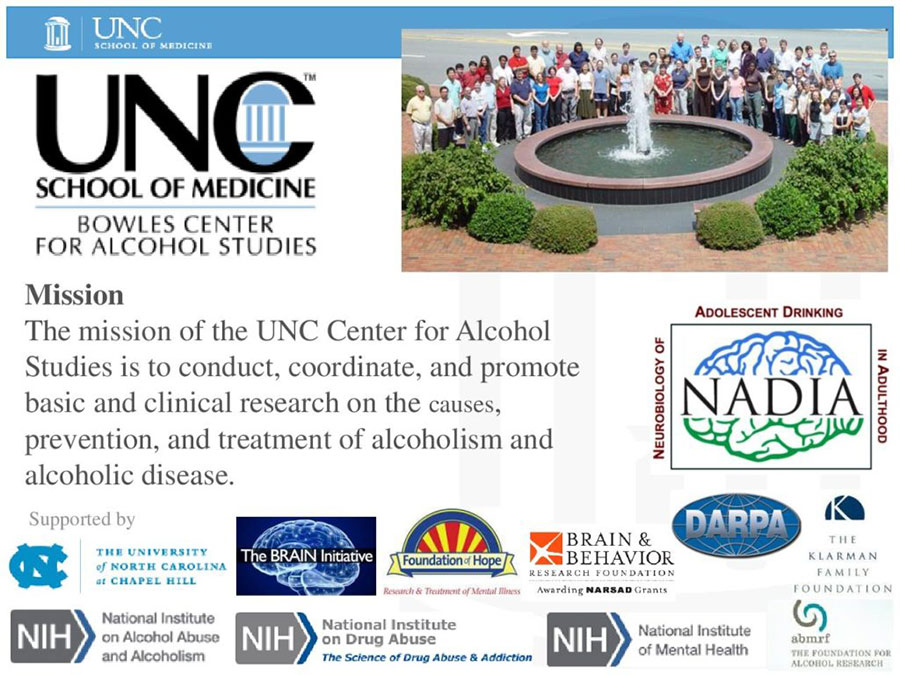 Cassie Greisen’s presentation, “Use of Public Policy and Prevention Strategies,” discussed positive and negative trends in teen alcohol use. The good news is that the total percentage of youth who drink has decreased by one-third in the past decade. The bad news is that alcohol-involved poisoning deaths in North Carolina increased 650 % during the same period. She also discussed U.S. alcohol control policies, regulation driven by science, and finding the balance between public safety and commercial interests.

Greisen is the Public Policy Manager at the National Alcohol Beverage Control Association (NABCA), a trade association representing alcohol regulators across the country. North Carolina is one of 17 control states that regulates uniform control over the sale, purchase, transportation, manufacture, consumption, and possession of all alcoholic beverages in the state. 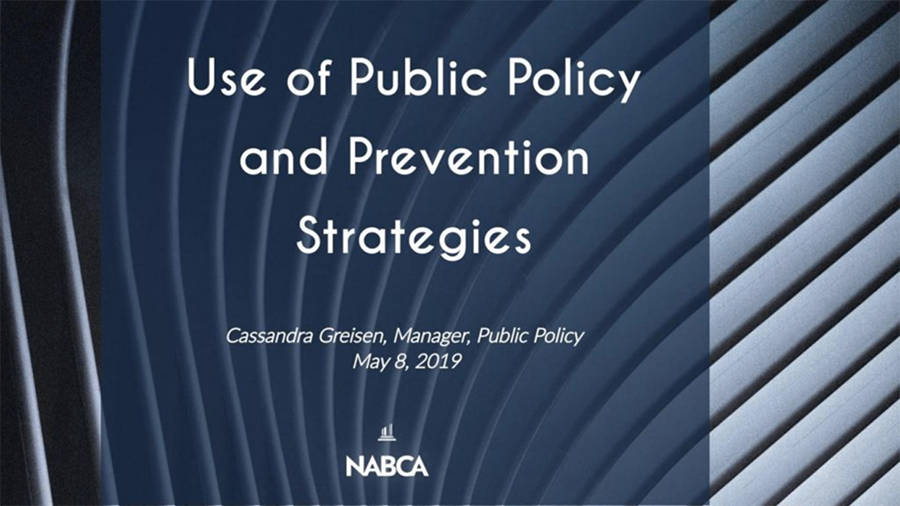 Dr. David Jernigan discussed the daily avalanche of alcoholic images and information teens experience from marketing and social media in his presentation, “Snap, Tweet & Tube: Alcohol Marketing for Youth Via Social Media.” Alcohol marketing is seen as a major risk factor for underage drinking. Kids see brand ads on television, the movies, storefront posters, YouTube, and celebrity endorsements on social media. Dr. Jernigan also discussed the trend in alcoholic energy drinks and “Alcopops,” which are marketed to “entry-level drinkers” who like the sweeter taste.

He left the conference with a message of hope to stop underage drinking. He said even a small group of committed citizens can achieve change by becoming advocates, investing in research, and limiting alcohol access to young people.

Dr. Jernigan is a professor in the Department of Health Law, Policy, and Management at Boston University School of Public Health. 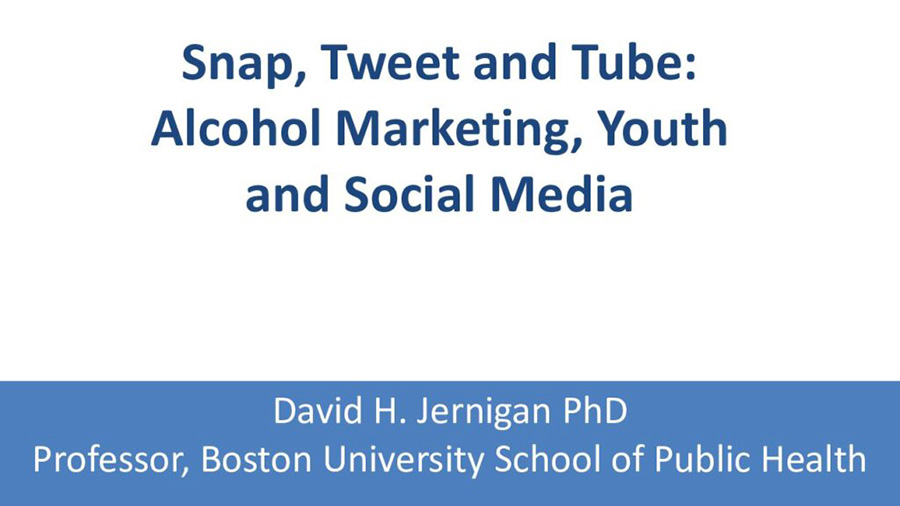 Cameron Houser and his father spoke during lunch and participated in a family panel discussion at the conference. They shared a video of Cameron’s journey to rebuild his life after a devastating drunk driving accident.

In 1999, Cameron had been drinking heavily and was behind the wheel when his truck veered into a local car dealership. Cameron’s friend, who was also in the car, has no lasting effects from the accident. But Cameron remembers nothing about that night. He spent three months in a coma and suffered permanent brain damage. Cameron travels across the state of North Carolina to share his story in the hope that others will choose a better path.

Dr. William Mock led a family panel discussion to focus on the front lines of preventing underage drinking. Several families on the panel and in the audience shared personal stories about their struggles and triumphs over alcohol.

He encourages families to keep the lines of communication open, because the biggest mistake parents can make is to NOT talk to their kids. He noted that talking might not lead to immediate results, however, he says for most families, sooner or later kids will hear what you have to say. So, keep on talking!

Dr. Mock is an internationally recognized expert in the area of family therapy. He is a clinical member of the American Association of Marriage and Family Therapy.

Talk It Out Ambassadors

All eight dedicated local ambassadors from around North Carolina participated in a panel discussion to share their experiences helping families start the conversation about the dangers of underage drinking. They discussed some of the best practices being used in their regions as well as unique opportunities they’ve encountered.

Talk it Out Ambassadors are a vital resource to provide helpful information and resources to parents, schools, and community groups. Find out how to connect with a local ambassador in your part of the state to work together on this important mission.

James Campbell emphasized that the conference is a great opportunity for experts and families to learn from each other’s successes and to make sure we don’t duplicate one another’s mistakes. He said the earlier parents can intervene and talk to their kids about alcohol, the better. And when parents encourage kids to make decisions that are in their own best interest, the more likely it is that teens, families, and the public will experience the benefits.

Campbell is a nationally recognized author and speaker. He is the Founder, Director, and Lead Trainer of the Family Excellence Institute.

Every Conversation is a Victory

“Start the Conversation: Adolescents, Families & Substance Use/Abuse,” was an amazing day of education, collaboration, and inspiration for everyone invested in the future of North Carolina teens. From the effects of alcohol on developing young brains to state and national public policy, social media, and family therapy, there are many tools available to help guide teens down the right path. Talk It Out looks forward to continuing this mission of helping families empower young people with the information to make better decisions for their futures.

Starting the conversation with teenagers may seem like the hardest step for parents to take, but it can be the easiest step with the help of online resources from Talk It Out. Parents can find easy conversation starters to discuss underage drinking with kids of all ages.