Talk It Out NC

Talk It Out NC Leadership

ABC Commission Chairman A. D. “Zander” Guy, Jr., leads the NC Initiative to Reduce Underage Drinking and directs Commission staff in implementation of the Initiative and the Talk it Out multi-media campaign. In March 2017, Chairman Guy was appointed by Governor Roy Cooper to serve as Chairman of the North Carolina Alcoholic Beverage Control Commission. He previously had served on the ABC Commission from 2009 to 2013 and was Chairman from February 2012 to February 2013.

Guy is a native North Carolinian who has always lived and worked in the southeastern part of the state. He attended Campbell University and is a graduate of the Realtors Institute.

Chairman Guy is the former Mayor of the Town of Surf City and is a member of the Cape Fear Community College Board of Trustees.

He previously served on the N.C. Banking Commission under Governors Hunt, Martin, Easley and Perdue. He is past President of the Neuse River Council of Governments, past member of the Local Government Advocacy Council, and former Mayor and Councilman of the City of Jacksonville. For more than 25 years he held elected office in municipal government. In 2011, he sold his real estate company and retired after 41 years in the business.

Chairman Guy is married to Sabrina M. Guy. They have three children and three grandchildren. 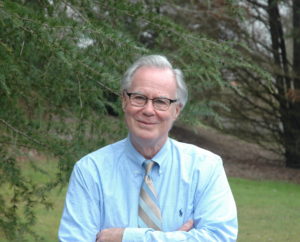 Jim Van Hecke serves as Deputy Director of Education and Outreach for the ABC Commission.

Van Hecke has worked for over 45 years in public and private sectors, for large and small for-profit and nonprofit ventures. For the past 25 years he has served in a variety of leadership positions in North Carolina’s behavioral health field, specializing in program development and leadership training for prevention, treatment and recovery support initiatives.

He is a native North Carolinian. a graduate of UNC-Chapel Hill and has done post-graduate work in theology, law, and business. He is an Integrative Health and Wellness Coach and a North Carolina Certified Peer Support Specialist.

Van Hecke and his wife, Marsha, have two children and one grandchild. 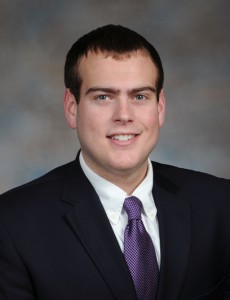 He has experience in communications and research for statewide political campaigns and at the North Carolina Center for Voter Education.

Strickland is a native of Pinehurst, where he graduated as the valedictorian of his public high school. He is a graduate of the University of North Carolina at Chapel Hill and lives in North Raleigh.

SHARE YOUR STORY
Join the Coalition
See Our Videos