Talk it Out NC Ambassadors 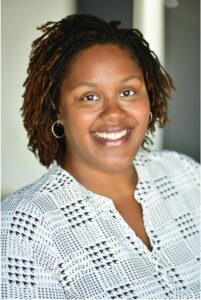 Nicole Augustine has been involved with substance-use prevention work since she was introduced to public health in college. She is currently on the board of PTTC (Prevention Technology Training Center), creating resources for prevention specialists to equip them with the tools they need to be successful. Nicole wants to unite coalitions and other community groups across the state to work together to stop underage drinking. She believes the key is focusing on parents as gatekeepers and pushing them to be positive role models with youth while providing them with resources to start those important conversations. The science behind underage drinking and the lasting effects it can have are often not used as much in these conversations. Nicole knows the climate of alcohol is ever-changing, and because of that, it’s important to continue to provide good information and resources to parents, schools, and community groups. 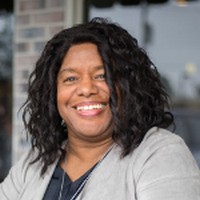 Dr. Wanda Boone is passionate about the dangers of underage drinking. Very early in her life, when faced with difficult life events, Wanda began to self-medicate with alcohol. Now Wanda has made it her mission to help others realize that they can have healing in their lives without alcohol. Wanda firmly believes that families and community members are key to changing the next generation. Wanda also believes that healthy peers can have a positive impact on an adolescent’s life. Wanda Boone has worked in the prevention field for over 30 years and has been the director of Durham Together for Resilient Youth for 15 years. She is excited to extend her reach in North Carolina through working with Talk It Out and connecting community members together for the common good. 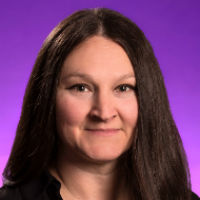 Tamra Church has worked in the advocacy and prevention fields for almost 10 years. Now, Tamra will bring her extensive experience to Talk It Out as the ambassador for Eastern North Carolina. Tamra is on the Board of Directors of the Coastal Coalition for Substance Abuse Prevention (CCSAP). The CCSAP is a coalition of five Eastern North Carolina counties with the shared goal of preventing substance misuse. Tamra is also a member of the CCSAP Task Force for Jones County. She has seen the devastating effects of underage drinking firsthand and recognizes the importance of communication in tackling the issue of underage drinking in North Carolina. As a Talk It Out Ambassador, Tamra looks forward to empowering individuals with the knowledge and skills they need to make informed decisions about their own health and wellness. Shirley was introduced to alcohol very early because her cousins were drinking, and she thought it was cool. After losing her mother at age nine, she used alcohol to cope with the pain. She didn’t have anyone to talk to about the pain she was feeling. After going through this herself and seeing so many struggle, Shirley works to ensure that others have the support they need. Shirley has been in long-term recovery for 20 years and wants to create a safe space for kids to be able to talk to their parents about alcohol. She started the Tia Hart Recovery Program to help the youth because she knows they are our next generation. Through Talk It Out, Shirley is looking forward to working with churches and schools to help make the dangers of underage drinking an ongoing conversation topic. 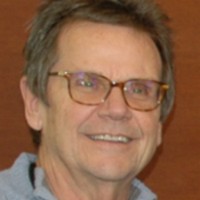 Joe Marks grew up in a culture in which alcohol was glorified. Both his parents were alcoholics, and every event was accompanied by alcohol. Being in long-term recovery himself, Joe has a unique perspective that he has been able to incorporate into his work for years operating a halfway house and later working with coalitions. Joe considers anything he can do to prevent someone going into addiction is not just one life saved, but many, because of the impact on families, friends, and communities. Joe believes that giving youth and young adults the chance to make the right decision is an obligation we all have and working with Talk It Out allows him to do just that. Joe is excited to nurture the relationships already established in his region and continue to make connections with other coalitions to encourage all to work together on the same mission. 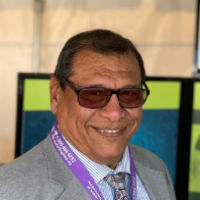 Hector Mendoza has worked in prevention ever since arriving in the U.S. from Peru almost 30 years ago. His focus on prevention in Spanish-speaking communities has taken him across the state of North Carolina. From the mountains to the Piedmont and to the coast, he works tirelessly to spread the message of Talk It Out in communities across the state. Hector also works with the Alcohol/Drug Council of North Carolina, where he has been a pivotal part of its prevention efforts for over a decade. He said that his goal is to connect and impact people across North Carolina while providing them with the information they need to make the right decisions. Hector believes that with the right information, families can learn where to look for answers and find solutions to how they can tackle the problem of underage drinking and substance misuse in North Carolina. 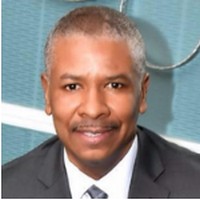 Kurtis Taylor has been involved with advocacy regarding prevention, treatment and recovery for years. Kurtis has a unique perspective, having first experienced alcohol at the age of 12. He has been in long-term recovery for 16 years. Kurtis is determined to help kids have a chance for a new and brighter future. Working with Talk It Out, Kurtis was amazed to learn about the science of underage drinking and wants to spread the word about how susceptible the teenage brain is to alcohol. Kurtis is the director of the Alcohol/Drug Council of North Carolina and is excited to have an opportunity to impact the system and public perspective with Talk It Out as well. Kurtis knows that the conversation about underage drinking is not always a comfortable conversation, but it is worth a bit of discomfort to impact a child’s life. 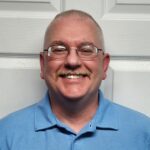 Mark Pilon found his way into the prevention field more than 12 years ago through his work with the North Carolina National Guard Counterdrug Task Force.  Mark currently serves on the Board of Directors of the Coalition for a Safe and Drug Free Swain County, a local non-profit in the community where he lives.  He is an ardent supporter of collaborative effort throughout the Southwestern Region and knows the tools Talk it Out NC provides are valid and relevant for guardians, schools, and the whole community.  Mark is excited to serve as a Talk it Out NC Ambassador allowing him to assist in raising awareness among North Carolina families about the risks and harms of underage drinking, as well as assist in encouraging adults to have conversations with youth because both of these can inform the choices young people make and help prevent underage drinking.