For tweens, alcohol is already a fact of life.

Exposure to drinking and the pressure to drink aren’t things that suddenly pop up in high school. Some children in North Carolina have their first exposure to alcohol outside the home while they’re still in elementary school; for most, it’s common to hear about incidents involving alcohol in their middle-school years.

All of which means that as parents, we can’t wait until high school to have real talks with our kids. We have to start much earlier, so they’ll be fully prepared for what they’re going to face.

Underage Drinking Facts: Kids in North Carolina know there’s a problem. What about their parents?

If the people who are seeing the reality of underage drinking say there’s a problem, shouldn’t we believe them?

The good news is that our children can see what’s going on around them, and they’re not happy about it. The vast majority of North Carolina’s youth — 94% — say underage drinking is a problem. 18
More than half of them think it’s a serious problem. 19

The bad news? Less than half of North Carolina parents share that view. 20

Maybe if everyone understood the devastating ramifications of underage drinking, we’d take it more seriously.

Underage Drinking Facts: The impacts of underage drinking are enormous.

Underage drinking can kill.
It can lead to other dangerous behaviors.

Youth who drink alcohol are more likely to experience.

The Bottom Line: Teens aren’t prepared to deal with the risks of alcohol on their own. 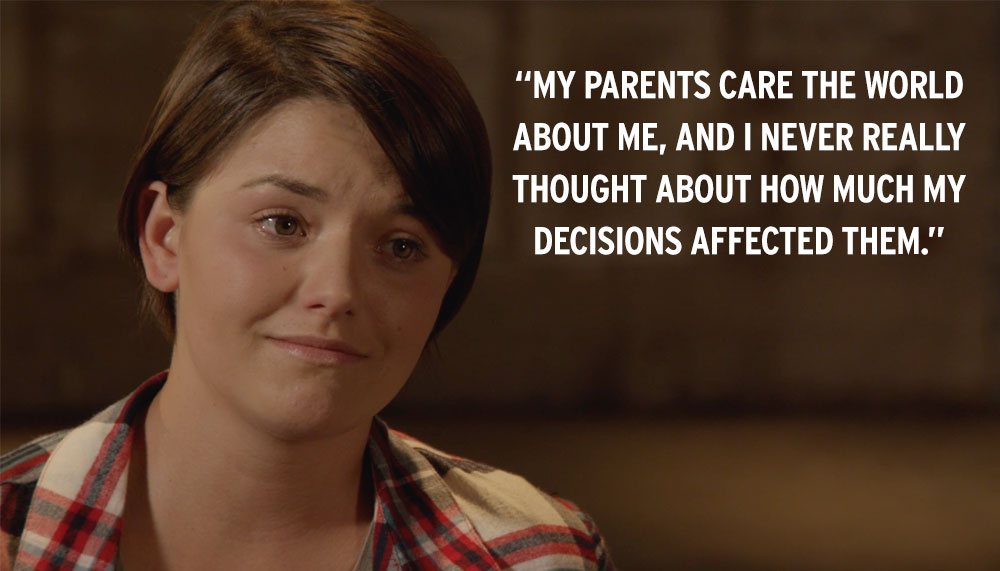 The brain areas that encourage impulsivity and risk-taking develop early in a teen — but areas that improve self-control and inhibit impulsive behavior don’t develop until the very late teens or early 20s.

Adolescent alcohol use is not an acceptable rite of passage, but a serious threat to adolescent development and health.

Which is why teenagers need parental help to stay alcohol-free.

Find out how you as a parent can make a difference — the difference — in whether or not your child stays alcohol-free.