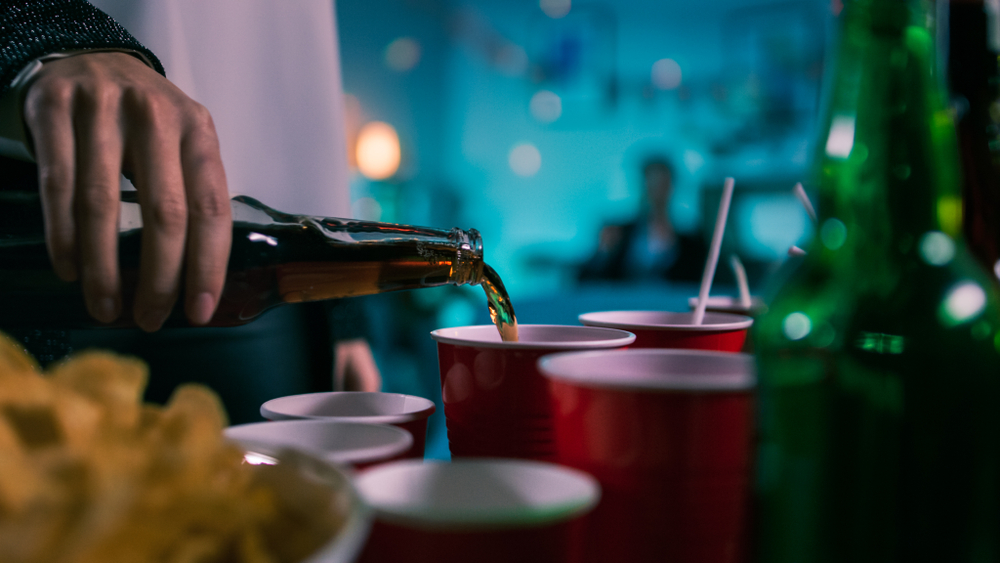 For parents, sending a child off to college is extremely rewarding. You helped them get there, but your work is not complete. More than a third of college-aged students reported binge drinking in a

2019 National Survey on Drug Use and Health. It is now your responsibility to guide them from afar through this new venture that includes alcohol. Here’s what you need to know about alcoholism in college.

How Prevalent is Alcohol at College?

Statistics show that college students tend to drink more than other people their age. According to the same NSDUH survey, more than half of full-time college students ages 18 to 22 drank alcohol in the past month compared to 44% of people their age not in college. It also found about 9% of college students meet the criteria for Alcohol Use Disorder (AUD). The condition is the inability to control drinking due to physical and emotional dependence on alcohol. AUD includes alcoholism and binge drinking, which 33% of that same age group of college students report doing. The Centers for Disease Control and Prevention defines binge drinking as consuming five or more drinks at an occasion for men or four or more drinks for women. That 2019 survey also found that more than 8% of college students reported heavy alcohol use in the past month compared to 6% of their peers not in college.

Why Do College Students Drink?

For decades, entertainment venues and movies have depicted college students drinking and partying, and now it’s posted on social media. Drinking in college is a social norm, but why? First, college students have newfound freedom, and most students are living on their own for the first time. They have less structure and a lot more time. Alcohol is widely available in college towns, where there is also inconsistency in enforcing underage drinking. Plus, college students have minimal interaction with parents and other adults that provide guidance. Schools with strong Greek systems or prominent athletic programs tend to have a higher prevalence of binge drinking, which is related to college alcoholism. With Greek life and sporting events come many social activities that include drinking, like date parties or tailgating for football games.

What Can I Do to Prevent College Alcohol Use Disorder?

Be a positive role model for your child. As parents of college students, you can talk with them about how they can refuse a drink without feeling awkward. Talk about the reasons to avoid alcohol and how to say no. You will want to remind your child of your family beliefs, attitudes, and expectations for them in school. It is essential they know and understand if substance abuse disorders like alcohol use disorder run in your family.

Talk About the Consequences

Research shows that students who choose not to drink often do so because their parents discussed alcohol use and its adverse consequences. These consequences can include slipping grades, health issues, and legal trouble. For example, the National Institute on Alcohol Abuse and Alcoholism says about one in four college students report academic consequences from drinking. Common consequences are missing classes, falling behind in class, doing poorly on papers, or receiving lower grades overall. In addition, drinking can be dangerous and lead to overdosing, unsafe sexual behaviors, unintentional injuries, or violence. Make sure your child knows the signs of an alcohol overdose and how to help.

There is also the obvious consequence of legal penalties. Drinking alcohol under the age of 21 is illegal. If the police caught your underage college student with even a beer can in their hand, your child could be charged as a minor with possession. These legal penalties can be costly and hurt your child when they apply for jobs.

Talk it out is here to help you start the conversation about alcohol abuse in college students. Whether your child is drinking or not, as parents of a college student, your words hold weight. Don’t know where to start? Talk it Out is here with several resources on what to do if your teenager is drinking.